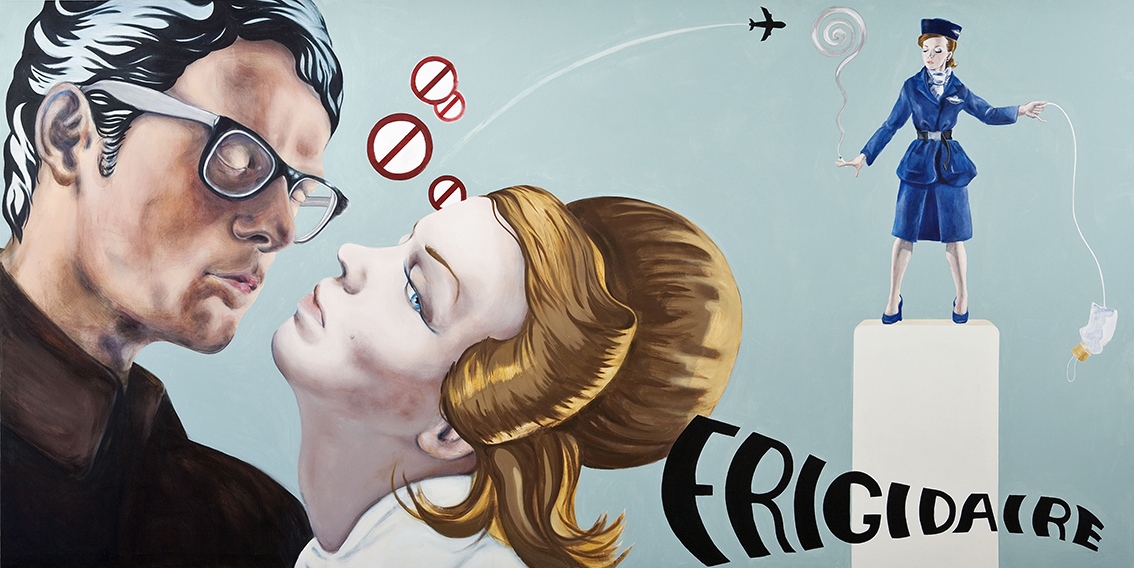 The Stewardess Seduced by Frigidaire 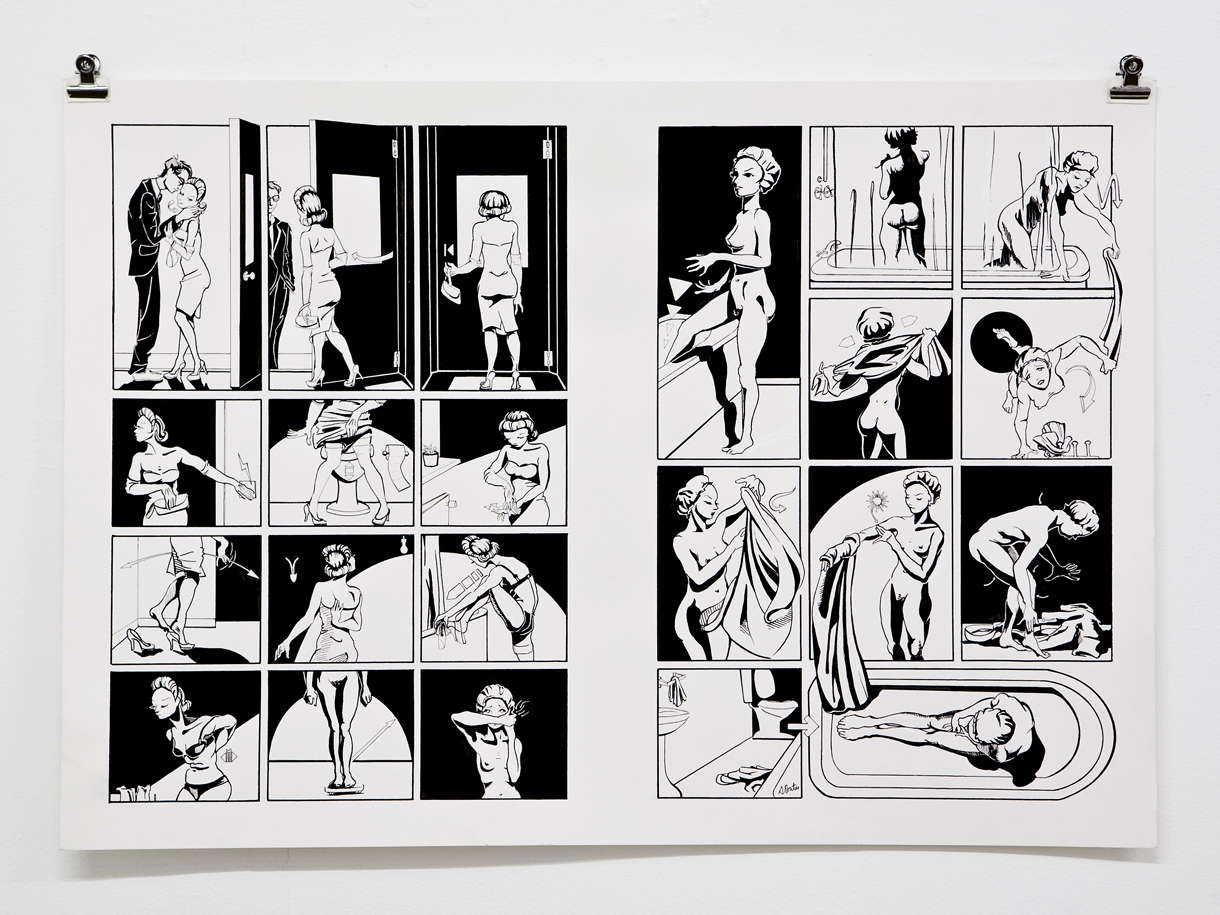 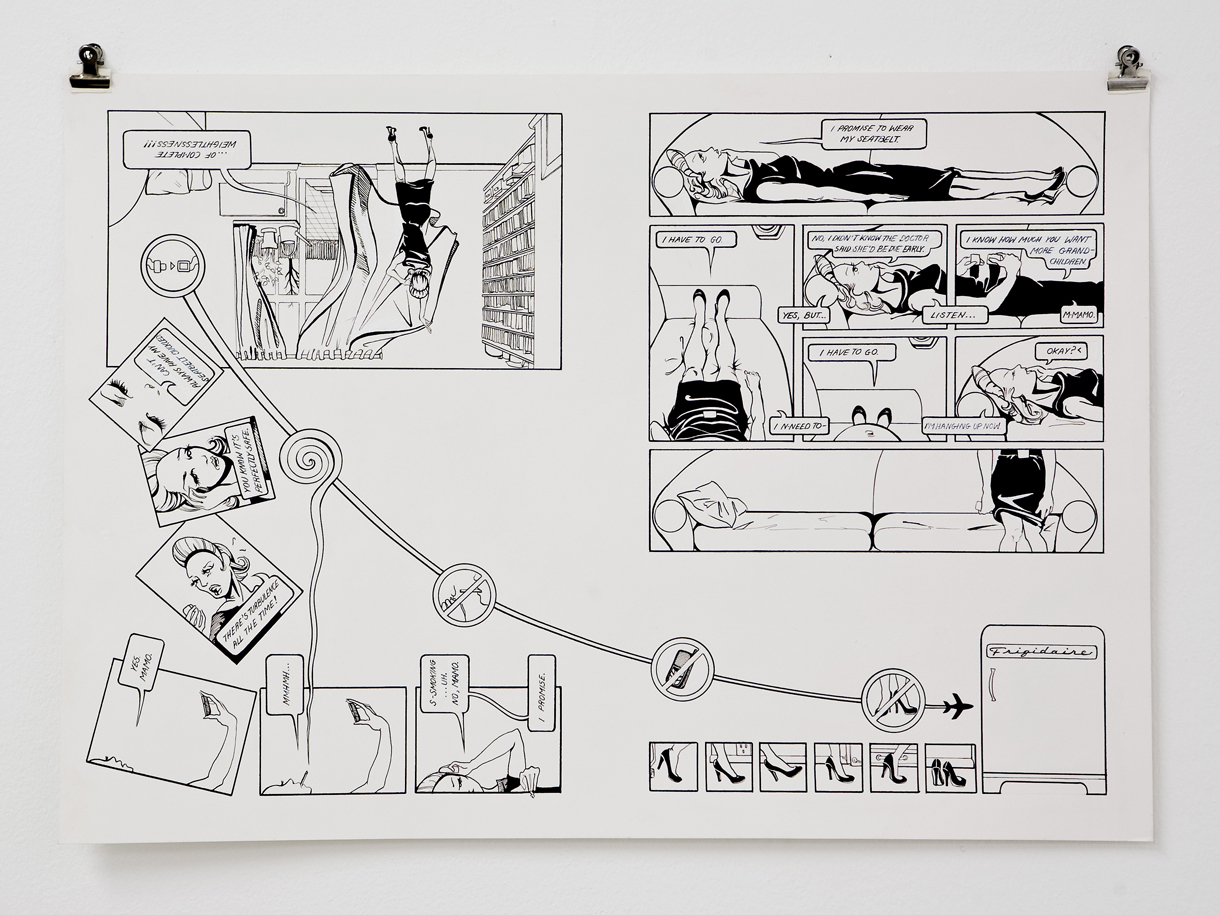 Women in Refrigerators is a comic book adaptation of the film Frigidaire, combining the language of storyboarding, comics and airline safety cards. This is a double page of the 52 page strip. The title Women in Refrigerators plays on the eponymous website that was created in 1999 by a group of comic book fans, which featured a list of female comic book characters that had been injured, killed, or depowered as a plot device.